Need to get away,….without going away?

Pay a visit to a locally owned and operated historic hotel.

On the corner of Church and 3rd in Downtown Hendersonville, NC is a local friendly and historic gem run by Michael and Jeanne Gilligan.

One block off of Main Street and miles away from the off-ramp chain hotels The Henderson, and it’s signature restaurant Harvey’s Al Fresco, is an oasis of history and charm.

Award winning Executive Chef Michael Gilligan and his wife Jeanne not only welcoming you to their Inn, they are welcoming you into their home.

The Gilligans live on the property with their two teenage children. 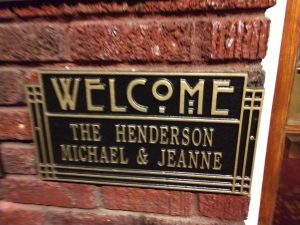 Originally built in between 1919 and 1921, The Henderson gained official certification as a National Historic building in 1989.

The Henderson is local friendly and also has pet rooms available. Guests will enjoy a delicious breakfast on the heated deck lovingly prepared in Chef Michael’s kitchen. 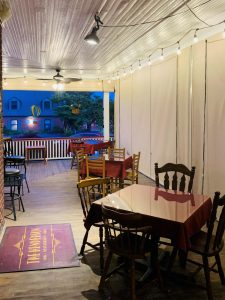 Harvey’s Al Fresco is open to the public Thursday, Friday, and Saturday nights as well as Brunch on Sundays and everything is served on the giant Victorian deck. Reservations are encouraged. 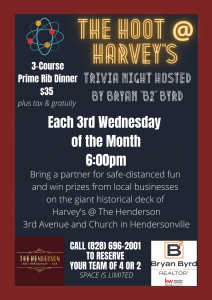 Trivia, great food, and good times on the 3rd Thursday of every month and hosted by Bryan B² Byrd. 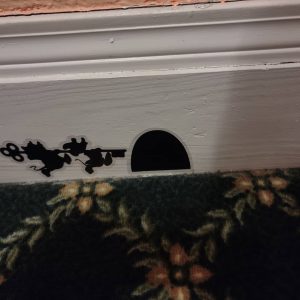 ← Previous: Local Wine Shops Collaborate to Help Delight Clients Next: The I-26 Corridor - What Buyers Need to Know →

In The NerdLab – Podcast Interview with Brian Stauffer of NerdsToGo Asheville

If you need or want to sit on your couch in the month of October, it's all good.....you do you. Otherwise, checkout some of these ways you can enjoy the best of community events:   Oct 3 - It Takes All Kinds Open Mic Night / Velvet Underground Night - Oklawaha...

Bryan Byrd of B² Realty Speaks with Mark Warwick of WTZQ Radio 4/15/22   Hear the FULL Interview at WTZQ.com- wtzq.com/episode/b2-realty-of-hendersonville/     Enter To Win!   ENTER the contest - 1) Listen to the Radio Interview -...

Did Ya’ Know? – Condos & Townhomes / An Introductory Primer

Condos & Townhomes represent two different types of home ownership model. In Western North Carolina they can also come in different styles, shapes, and construction types. What is the difference and what do buyer's need to know? Bryan Byrd, Realtor & Broker in...

Do you like Trivia and Great Food? The Hoot @ Harvey's Al Fresco is every 3rd Wednesday of the month on the historic Deck of The Henderson Inn. Reservations are required. Learn more at HendoRealtor.com/explore-local The Hoot is hosted by B² Bryan Byrd Realtor, Broker...

Why do buyers and sellers of homes and land choose Bryan Byrd and B² Realty? Watch this short video and we can discuss further at your convenience. Bryan Byrd Realtor, Broker in Charge B² Realty Hendersonville, N.C. NC Broker License #309183 NC Agency...

So Much Time and So Little to Do…….Strike That……Reverse It.

Events, Events, and Events.... Get out, meet some folks, do some things, get involved.    Here are just some of the opportunities we have in the next few months to participate in community:   Apple County String Band is performing Southern Appalachian...

Thanks very much Bryan, you really go above and beyond!

B2 listens to what his clients want and then hunts and finds it! Always responsive and on-top of things. He was great at communicating every step of the way and throughout the purchasing process. He had great availability to go look at places spur of the moment and was able to quickly jump on things when we needed to. A++ realtor. Thank you!

Bryan is an excellent realtor. He is extremely responsive to his client's needs, and goes above and beyond what you would expect. He stuck with us over a long period of house hunting until we found the perfect place.

Bryan was so helpful, and professional. We were out of the state and wanted to buy in the Hendersonville area. He did everything possible to help us and let us know the best ways to go about this. Working with Bryan was like working with family.

Just wanted to thank you for your excellent services as our realtor during the recent purchase of a home in Columbus, NC. Working with you was an absolute pleasure. From your always welcoming smile, to your comprehensive knowledge of local retail markets, you deserve a 10 on a scale of 10.

You can't go wrong with Bryan when it comes to purchasing or selling your home! He listened to all of our wants and needs for what we wanted in a house and worked hard to find us the perfect one. If you're looking for a realtor who is knowledgeable, personable and hardworking then Bryan is your person!

Bryan is a great person and realtor. He was extremely helpful and stayed calm when I was stressed and helped me walk thru to buying a great piece of property! I would recommend him and would use him again if I needed a realtor!

Bryan was awesome! Patient professional kind courteous! Very communicative! Explained everything thoroughly! We noticed he’s very connected to local small businesses which is a wonderful thing in this day and age! I’ll definitely keep him in mind for our next transaction!

Bryan consistently goes above and beyond! He sold my house faster than I ever thought possible!

Bryan was exceptional in helping me to negotiate a deal... answered all my questions and worked with the sellers to figure out how we could make this deal work, making both of us happy... he is in now considered a friend, and I have an amazing house.

Absolutely the best marketer and communicator. I watched Bryan sell my neighbor's house in a week. I decided to list with Bryan Byrd and had a viable contract in 4 days. He kept on top of all the details… I highly recommend Bryan Byrd. 10 Stars if I could!!!

He took so much of the stress out of the process and we would definitely recommend him to anyone in the future!